New To Cleansing? Try Our Most Popular Cleanse!

Oh how the media loves a click batey title - have you seen this one doing the rounds recently? And how many of you out there track your steps daily? It seems we’ve become obsessed with measuring our movement, probably due to the fact that modern-day life could, if you wanted it to, involve zero daily movement whatsoever - so measuring our steps has become somewhat of a novelty.

So what about it then - is sitting down as bad for our bodies as smoking? The short answer is no. Researchers from the American Journal of Public Health concluded that excessive sitting (we’re talking 8 hours plus here), does indeed have severe risks for our health and increases the risk of premature death and some chronic diseases by 10-20%, but pales in comparison to the direct risks associated with smoking. Moreover, sitting isn’t dangerous to those around you, but passive smoking most certainly is!

Smoking increases the risk of premature death from any cause by 180% and is one of the greatest public health disasters of the last century, sitting is not. Dr Boyle, an epidemiologist form the University of South Australia, says simply that “you cannot compare the two.”

Where excessive sitting increases your risk of chronic disease by 10-20%, smoking doubles it, and increases the risk of dying from cancer by 1,000%.

So click-batey title aside and logical caps back on, let’s take this as a chance to discuss why excessive sitting is a problem (not a threat to your life). As I write this my laptop screen is at eye level, my fingers are tapping away at a keyboard rather than the inbuilt laptop keypad, which allows my arms to hang straight by my sides, and I have a cushion behind my back to support my spine. Rewind 2 weeks and I was slumped at my laptop, staring down at the screen as I wasn’t using a stand or a separate keyboard, and little did I know it but I was about to get an earful from my chiropractor!

You see, I sustained a few injuries from tennis (or so I thought), so got a recommendation for a good Chiro and off I went to get fixed. The thing is, as with everything health related, it’s our own personal responsibility to take care of ourselves, not someone else’s job to fix us. Little did I know but my trapped nerve in my neck and my issue with my hip flexor, which were obviously exacerbated by tennis, were actually due to my terrible posture!

Like so many of us these days, my job requires me to spend the majority of my time behind a computer screen, and that’s having a deleterious effect on our health! According to the NHS, sitting for long periods of time slows down the metabolism which compromises the body’s ability to regulate blood sugar, blood pressure, and break down body fat. It also increases your risk of Type 2 Diabetes (because of the effect it has on blood sugar), early death and some types of cancer.

The current recommendation is for 150 minutes of exercise a week, which breaks down to about 20 minutes a day - which is achievable and helpful, but probably the absolute bare minimum that we should be doing given that we’re a species that evolved from hunter-gatherers. 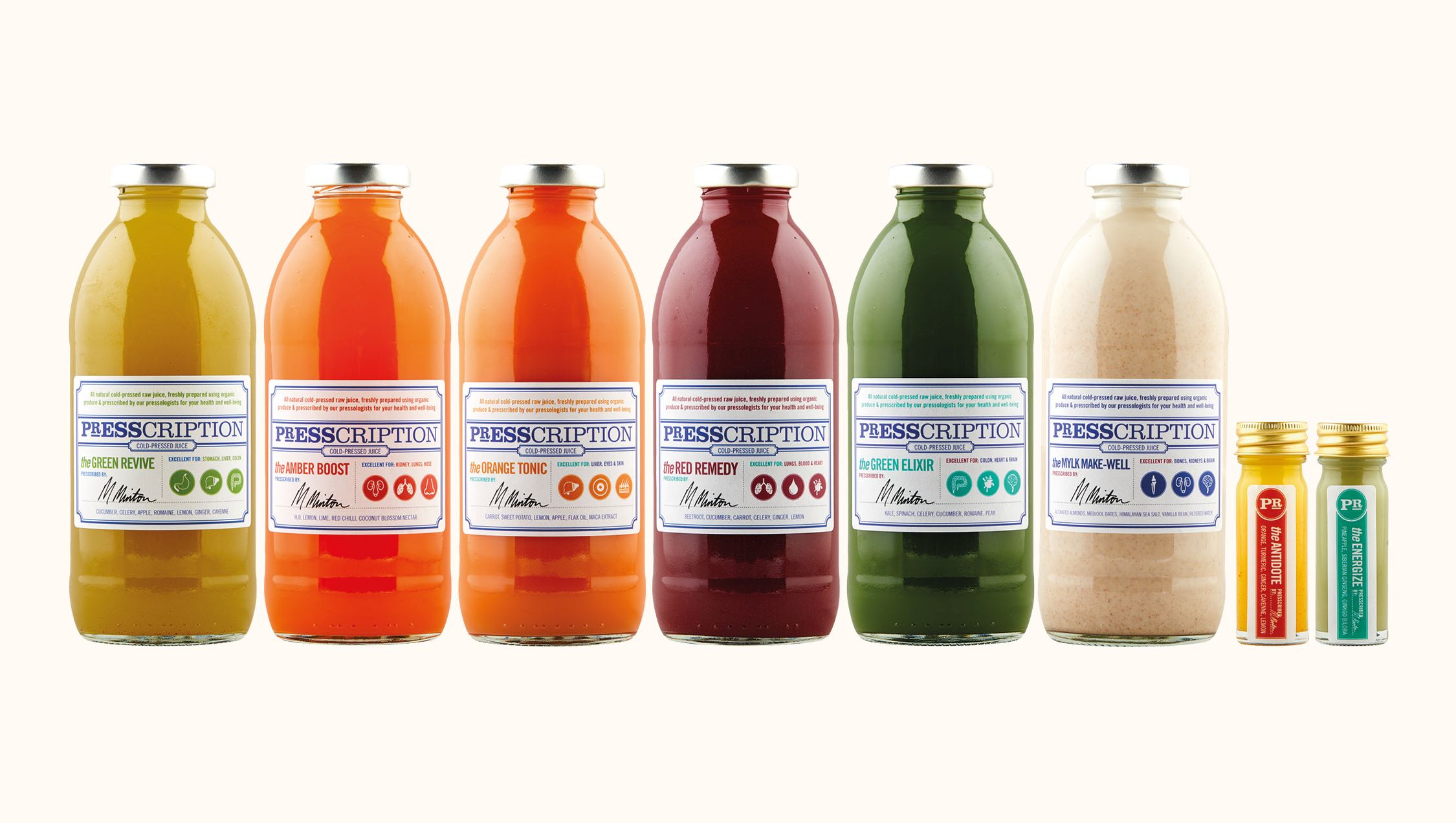 Made me feel great about my myself!

"This was my (& my husband's) first ever juice cleanse! I suffer from IBS & was really looking forward to this to give my digestive system a rest. The juices were delicious & super filling. I was surprised by how good the "green juices" tasted as well. Both of us were missing eating food around lunch time & were eyeing the almond milk but it was totally worth the wait. The shots were delicious too & the "Energise" left me wishing for an entire bottle of it. My favourite juices have to be the Orange Tonic & the Almond milk. I was never hungry & never low on energy (even did my usual 9 km walk + home workout!) I also experienced zero bloating over the entire day & the cleanse left me feeling super healthy/fit. The delivery& packaging were perfect too. I really look forward to doing this cleanse again & trying more of your juices. It definitely made me feel great about my body & mind!"

We all know how good exercise makes us feel, especially when we do it outdoors and not in the basement of a dark gym! The endorphins boost our mood, we get the opportunity to synthesise vitamin D via our skin which protects our immune system, and we get the full spectrum of natural light in our eyes which helps regulate our circadian rhythm and give us better quality sleep. So here are a few of our favourite non-typical sports (i.e. lycra clad pilates or snazzy HIIT classes) that will get you moving and get you outside:

1) Tennis! Anyone else bemoaning the lack of Wimbledon this year? Tennis is such a fun, sociable game and a really great workout at whatever level you’re playing at. Grab yourself some new tennis whites (our favourites are by @juppsport), and get hitting!

2) Wild Swimming. Now is the time to get into outdoor swimming in unheated water, and, great news - London’s swim spots (Hampstead Ponds, Serpentine Lido etc) and slowly but surely beginning to open again). The benefits of cold water therapy are pretty much endless, so acclimatise now whilst the water is warmer and you’ll be in a good position to stick with it throughout the cooler months too.

3) Surfing and Bodyboarding. Pretty sure I’m not going to be getting on a plane ANY time soon (recycled air no thank you), so like many Brits I’m spending the summer on the South West coast of England learning to surf. It’s incredibly frustrating but also incredibly rewarding when you do, eventually, stand up on a wave. It’s also the best shoulder workout you’ll ever do!

If none of the above take your fancy then get creative with your movement, walk, skip, run, play with your dog...it all counts!