Can you name another UK based juice cleanse company with two specific cleanses designed to accurately target, improve and support gut health that come in glass bottles, are cold pressed, raw and never HPPd?

Yeh, we didn’t think so.

Not to blow our own trumpet (read: to definitely blow our own trumpet), but we’re super proud that we have worked alongside renowned nutritionist Amanda Hamilton in developing our comprehensive Therapeutic Cleanses. What we mean when we say Therapeutic is that the cleanses contain really functional ingredients that have very specific roles to play within the cleanses as a whole which is why we’ve been able to label our cleanses as blood sugar balancing, anti-inflammatory and, as you might have guessed by the subject of this blog post, gut healing.

It’s so fantastic that gut health has become a mainstream topic in the health and wellness industry and also increasingly in the mainstream media. We’re coming to realise that taking care of our gut microbiome is one of the single most effective ways to maintain the health and wellbeing of our precious bodies generally. Moreover, the very real link between our gut and our brain makes mental health not only a spiritual and mental issue but a dietary one as well.

So what exactly is the gut microbiome?

It might ‘gross you out’ a bit to know that inside every one of us there’s roughly 2 kilograms of bacteria, fungi and yeasts that collectively make up our living, thriving, gut microbiome. 2kg is heavier than the average brain and when you consider how impactful our gut microbiome is when it comes to positively or negatively impacting our mental health, it makes total sense. Scientists are even now saying that our gut bacteria is as influential as our genes in deciding upon diverse factors such as obesity, athleticism, brain function and immune system function.

Why are we learning all this now?

The likely answer to this question, aside from the obvious advances in medical technology that are enabling us to study the microbiome more closely, is that we haven’t needed to care so much about it until now. It’s only now, in the 21st century, with so much processed food and the widespread overuse of antibiotics that our gut flora is struggling to keep its ratio of ‘good’ and ‘bad’ bacteria in check. As our microbiome is a living thing, like most living organisms, it needs food to survive. Research has shown that the best fuel sources for our gut bugs are diverse plant fibres from food in such things as legumes, vegetables, whole grains and fruit. Instead, what we tend to fuel up on these days is over-processed foods, spiked with free sugars and lacking in fibre. Even if you think you have a relatively healthy diet with lots of vegetables and plants, the likelihood of you getting the types of fibres and polyphenols (fancy name for plant chemicals) that your gut needs to control the levels of beneficial bacteria (bacteroides) and less favourable bacteria (firmicutes), is unlikely. The reason for this is somewhat scary - our food has changed over the years. Growers have realised that us consumers like it more when the skins on out fruits are thinner and easier to peel, when there’s less white pithy bits on an orange and when our grapes are all sweet and not a combination of sour and sweet. However, that’s not normal for us and our bodies actually need these sour and tart elements to regulate our microbial balances.

So, what can we do to help our gut microbiome?

We’re going to be touching on this a lot in coming posts and also talking about the best ways to keep your gut health in tip top condition, but coming back to where we started this post we briefly want to discuss our gut cleanses and our two step protocol which we’ve designed alongside leading Nutritionist, Amanda Hamilton. the reason a cleanse is a great option is because it's a chance to just calm everything down before you perhaps adapt a different eating style that favours your gut bacteria a bit more - perhaps switching to more of a plant based diet, for example. A juice cleanse is like hitting the reset button, plus, if it includes healthy probiotics and anti-inflammatory ingredients like in our Gut Cleanses, then all the better. 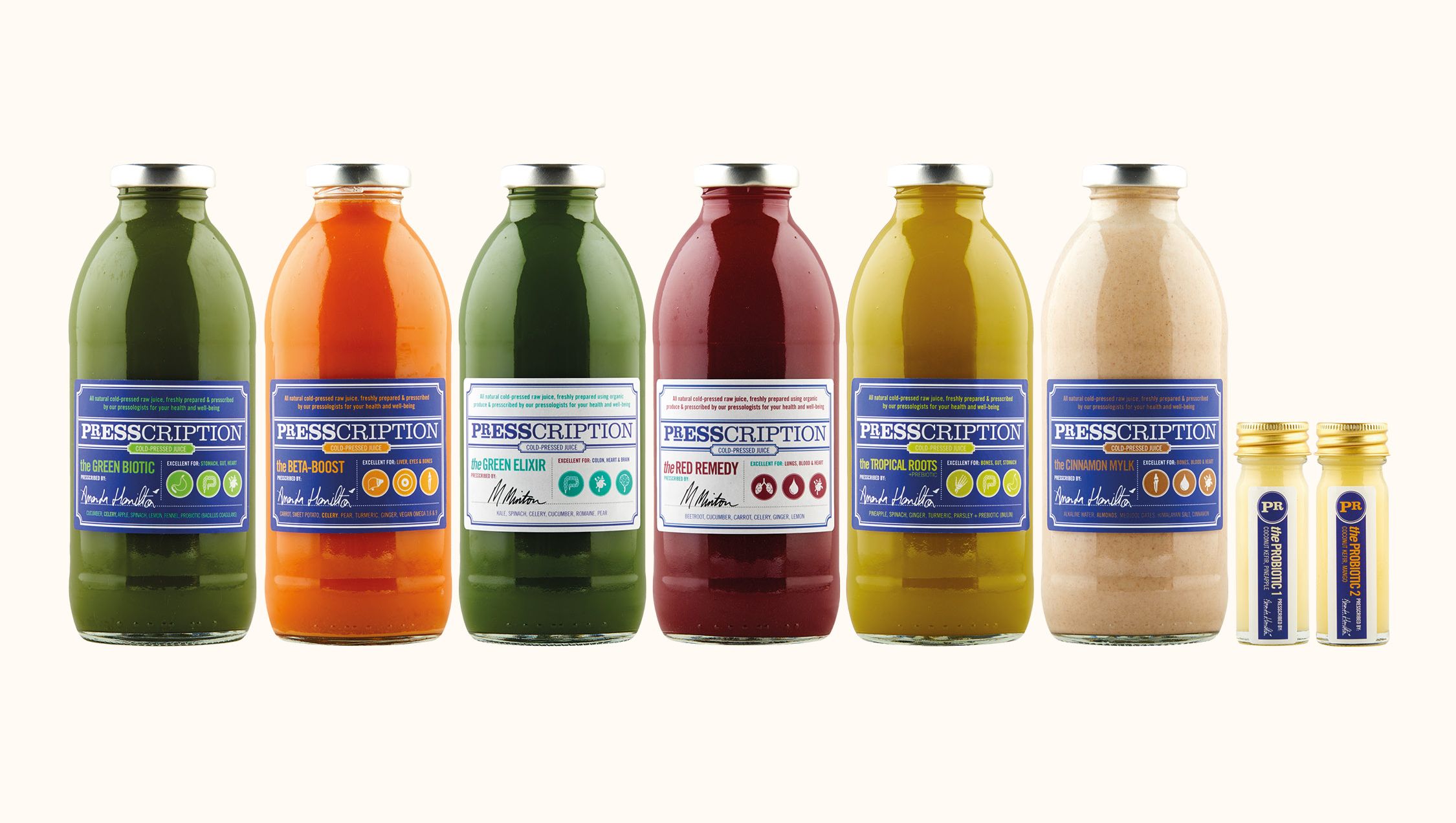 The Presscription Gut Cleanse Two (as seen above) is a great way to help balance your gut.

This cleanse has been designed by renowned nutritionist, best selling author and gut health expert Amanda Hamilton. It contains a combination of powerful ingredients that focus on assisting and supporting the microbial balance in the gut.

It works by reducing stress on the gut and is best followed up with our Gut Cleanse Two, either straight away or a week or so afterwards. The focus is on calming the gut by excluding common food groups which may be causing reactions & inflammation, whilst increasing the intake of anti-inflammatory foods such as turmeric.

The Juices are as follows:

This cleanse is focusing on assisting and supporting the microbial balance. It contains pre and probiotic foods, which help to favour friendly gut bacteria, as well as digestive stimulants to promote all round detoxification. It is suitable for individuals who need to boost the gut microbiome and favour the growth of friendly gut bacteria after a course of antibiotics or those suffering from a stomach bug, IBS or bloating.

The Juices are as follows:

So which gut cleanse is right for you? Well, in an ideal world you'll get the best results from this protocol if you start with Gut Cleanse 1 and then progress to Gut Cleanse 2, ideally with a couple of weeks break in between in which you continue to eat healthily, focus on plant based foods and get lots of colour and variety. Continue to drink juices during this time as well, to maintain the eliminatory pressure.

If you're looking for more of a 'one stop shop' then you can be safe in the knowledge that both cleanses will help your gut flora to rebalance and both contain a good dose of probiotics too. We usually advise customers to pick the cleanse that they feel most drawn to - does one have ingredients and flavours in that you prefer? If so, go for that and once you've seen how fantastic you feel you can come back and give the one and two step protocol a go at a later date.

We would just add that Gut Cleanse 1 acts as a bit more of a 'clean out,' as it contains the activated charcoal which is fantastic at mopping up unwanted substances in your gut. So, if you've been through a period of over-indulgence and you're coming at it from the angle of needing to repair your gut then Gut Cleanse 1 is a great option.

Please get in contact with us via our Live Chat on the website to ask any further questions.

Ready to cleanse your gut? Order your gut cleanse now.